The physics of doubling CO2 (Summary)

Summary of a draft Research Article – Category: Atmosphere – Guest contribution of Frans van den Beemt – Physics of CO2 absorption processes: an original upper limit calculation of infrared CO2 absorption in case of a doubling of CO2 in the earth atmosphere 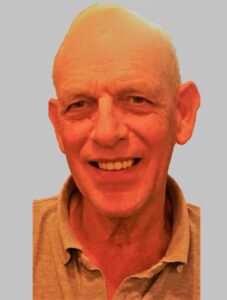 Abstract
We analyzed CO2 absorption and emission of infrared radiation and calculated the upper limit of a possible temperature increase at the earth’s surface, including the effect of average annual cloud cover. The calculations are based on measured spectra data of CO2 and we computed those using the general laws of physics and quantum mechanics. We found 1.33 W/m2 extra absorption for doubling CO2 of which we assume that half will be lost into space and half (0.67W/m2 ) contributes to a surface temperature increase with a worst case upper limit of 0.16K. We assess that the assumptions in IPCC report 2015 of 3.8W/m2  and 1K increase respectively is overestimated considerably

Introduction
The temperature of the earth atmosphere depends on several physical processes, to mention some important ones: water -evaporation, -condensation and -crystal formation, cloud formation, aerosols, convection, wind, gravitation, earth rotation and the radiation properties of its Infrared (IR) gasses. The question addressed here is, how an increase in Carbon Dioxide concentration will affect the earth atmosphere temperature  at the surface.

Infrared active gasses (like H2O, CH4, CO2) in our atmosphere interact with IR emissions of the earth surface. In this article we will focus on the physics of this interaction for Carbon Dioxide (CO2) only. CO2 molecules absorb IR radiation from the surface and via collisions this energy will be transferred to all the neighboring molecules in the local atmosphere. The further transport of this energy happens mainly through transport of molecules in the never resting atmosphere, by wind advection and convection. Part of the IR emissions from the surface as well as from the atmosphere and clouds will be lost to space and this cools the earth and atmosphere.

Methods
We refrain from using the most common approach to analyse CO2 concentration and its effect on atmospheric temperature, which is using numeric methods based on well formulated radiation transport equations throughout the atmosphere. Instead, we take a different and overarching approach. First, we calculate an upper limit of absorption of energy (additional absorbed energy) by CO2 in the atmosphere for a doubling of the CO2 concentration. Next, we use this additional energy to calculate a best guess for a temperature rise, taking into consideration a global yearly average cloud cover due to convection and advection processes. The cloud cover shields incoming radiation from the sun and outgoing IR radiation from the surface and atmosphere. The IR emissions of cloud cover are assumed to contribute to emissions to space as well as emissions to the surface. In this paper we do not elaborate on IR radiation by clouds as clouds already absorb all IR radiation emitted from the surface beneath it, regardless of CO2 concentration. Hence, doubling of CO2 concentration has no effect on the amount of extra CO2 absorbed energy under cloud cover. Consequently doubling of CO2 concentration can only have effect on the clear sky parts of the atmosphere and this is calculated herein.

As we are searching for the maximum possible absorption by CO2 molecules, we have no interest in radiation transport as such. Therefore, we will not need to use radiation transport equations and associated correction factors. Energy transport throughout the atmosphere is a given and we use its most important result, namely cloud cover.

The CO2 667 cm-1 (15µm) spectral line is the most important in CO2 absorption, radiation and heat transfer in the Earth atmosphere. In particular its vibration V2 energy level together with its vibration-rotation lines (fig 2, source Purdue)

Our calculations are based on the theory and formulas derived from Beer–Lambert law, Kirchhoff’s law, Planck’s law, Boltzmann distribution named after Ludwig Boltzmann  and Stefan–Boltzmann law and Einstein coefficients for emission and absorption. We also use the measured CO2 spectra data from the HITRAN database [Rothman 2004][i].

We use calculations quantifying the IR absorption by CO2 molecules in the atmosphere, which originate from the Earth surface with a temperature Ts. We assume black body radiation from the surface. We calculate the CO2 absorption in a straightforward manner, especially in its far side wings, which are not saturated and will absorb some more radiation with increasing CO2 concentration. The center band Q and part of the side wings are already saturated at 300ppm CO2. The additional absorption comes from the far side wings. For the P wing we calculate the absorption contribution for the rotational-vibration lines for J=44 to J=70 and for the R wing J=46 to J=66. These far side wings absorb throughout the troposphere.

Figure 2:  Absorption spectra for 380 ppm of CO2 in dry air at 1m propagation length (air pressure: 1013 hPa, temperature: 288K). Vibration lines with superposition of several fine rotation lines [H. Harde 2013;page 20 Figure 13]ii. Within one meter all IR radiation with a wavenumber close to 667 cm-1 will be absorbed or in other words the transmission becomes zero for these wavenumbers after 1 meter traveling in the atmosphere.

Results
We complete this analysis with a calculation of the expected temperature rise of the surface due to additional (far side wings) absorption of radiation by CO2 molecules in the atmosphere, when doubling the CO2 concentration from 300 to 600 ppm (parts per million). In each step of our calculation we ensure using values, which guarantee an upper level calculation as an estimation of the worst case scenario. For instance, using Ts=288K and 1 atmosphere on the whole path length from surface up all the way to the top of the troposphere. This ensures much more absorption than in reality with declining temperatures and pressures at altitude (and thus fewer collisions). A ballpark calculation shows an overestimation of the extra absorption of about a factor three for which we did not correct. At doubling of CO2 concentration from 300ppm to 600ppm we have calculated an additional absorption of 3.5W/m2 under clear sky conditions only, for reasons mentioned earlier. The global / yearly average clear sky area is reported to be 38% [iii]

The models of IPCC use a H2O vapor gain factor due to positive feedback. IPCC assumes that, after increasing the temperature near and at the surface, more water vapor will enter the atmosphere and as a consequence, more absorption by H2O molecules will occur followed by a further increase of temperature at the Earth surface. But as is the case with CO2, also water vapor spectral lines are already saturated and no additional absorption will take place. Evaporation of water takes a substantial amount of energy, which is no longer available for a temperature rise at the surface. This way water molecules function as a thermostat for the earth surface temperature. Furthermore, H2O vapor spectra overlap the spectra of the collision broadening lines of CO2. Hence, the influence of CO2 on additional absorption decreases. Therefore, we assess that the results as reported by IPCC show an unrealistic high increase of temperature.

Erratum2: corrections corrected: We found 1.33 W/m2 extra absorption for doubling CO2 of which we assume that half will be lost into space and half (0.67 W/m2 ) contributes to a surface temperature increase with a worst case upper limit of 0.16K.